January 16, 2014
Entrepreneurship has been on the rise in Lebanon, and nowhere is it more vividly portrayed than in the upsurge of restaurants. It seems that everyone who has some extra funds at his disposal wants to open a dining venue with dreams of raking in the big bucks. But truth be told, managing a restaurant is anything but easy. From the creation of a brand and brand identity; the design of an appealing menu with palatable food; the commissioning of a reliable chef; the assurance of excellent service; the establishment and upkeep of an attractive venue that is readily accessible and offers decent parking. All of these elements combine to form a winning recipe in the restaurant business, to which very few restaurateurs in Lebanon can attest.
I had the chance to check out the new food venture Captain Cook, situated downtown across from the Saray and hidden behind coiled metal barriers. The joint focuses on delivery, as its sit-in space is no more than 20 square meters (the kitchen is below ground level). On any given day, there are two to three staff members fielding phone calls from customers, processing orders, and greeting the stray dine-in guest between the operating hours of 8am and 4.30pm. I visited the restaurant twice within a few days’ span. To be sure, the food is excellent. The salads are fresh, generous, and filled with nourishing ingredients you’d be hard-pressed to find anywhere else—flaxseeds, pomegranate, mango, and other so-called “super foods.” The chicken breast in the Caesar salad was thick, tender, and chargrilled to perfection. The Captain Burger, a hulking stackhouse of beef, fried egg, grilled onion, tomato, avocado, and cheddar cheese all messily pinned between two sesame seed buns, leaves little to be desired, and at 8,000LL, it is a whopping steal.
A quick glance at the restaurant website will assure you these restaurateurs have done their homework: a brief introduction to super foods; the health benefits behind each ingredient used in each dish; and a charming icon called Captain Cook who delivers these wonderful foods to us. But the concept and design are not as easy as they let on: I was told it took nearly three months and 153 names before “Captain Cook” was elected. The names of each dish, inspired by heroes like Gladiator and Iron Claws, are playful and pertinent. And it’s been all learning, documenting, and researching ever since Captain Cook opened its doors nearly four months ago. A newly designed menu was just released this past Monday, taking into account customers’ preferences from the original menu and introducing new, innovative dishes like a German schnitzel submarine sandwich and grilled potatoes in marinara sauce.
On my first visit, I rubbed elbows with two foreigners who work in the adjacent UNESCO building and purportedly come in everyday for the same item: the Japanese relishes the house burger, and the African is adamant about his steak sandwich (10,750LL). (On my second visit, I confirmed that both are impeccably tasty.) The restaurant is growing and expanding its customer base, the vast majority of whom are employees working in the downtown area and who request deliveries to their offices. Management is ambitious about eventually extending business hours to the late evening and receiving guests from the immediate vicinity for a casual dinner, but at this point, they’re more concerned about reach.
Marketing the restaurant has been for the most part limited to digital media: the restaurant’s website, Facebook page and Twitter account. Menus have been circulated in numerous office buildings downtown, and staff are distributing menus to residential homes just up the street from the Saray. NGNO’s food blogger Anthony Rahayel published two enthusiastic reviews of Captain Cook’s cuisine on his website, dubbing the Captain Burger as one of Lebanon’s top ten casual burgers in 2013. Other than that, it’s simply word of mouth, perhaps the most effective form of advertising any restaurant can receive, especially in Lebanon. And it appears that Captain Cook is doing a fairly decent job: the phone rang off the hook on both occasions that I was there.
Admittedly, the new menu reflects price increases of up to 3,500LL on some items. The Gladiator Chicken Caesar, for example, saw a jump from 5,250LL to 8,750LL, while the crab salad climbed from 6,250LL to 9,750LL. But even so, prices are still below market. As a benchmark, both Crepaway and Roadster’s Chicken Caesar are tagged at 14,500LL. Crepaway’s “Love Bites” crab salad and Roadster’s “Crab Slab” are also both 14,500LL. So Captain Cook is at least 33% cheaper than the delivery diners he’s competing with (add to that the uniformity of prices for both dine-in and delivery). Plus, there’s a distinct homey taste to all the dishes. The ingredients are premium in quality and freshness. The meat is neither processed nor mechanically enhanced. And the sauces are light and healthy.
Let’s hope Captain Cook doesn’t buckle beneath the high rent of Solidere or the market domination by the aforementioned restaurant giants. The fragility of the area, which has a rich history of being cordoned off anytime political unrest surfaces, could also pose an issue. Matters aside, every city needs a hero, and Beirut’s health-conscious aficionados may have finally found theirs. 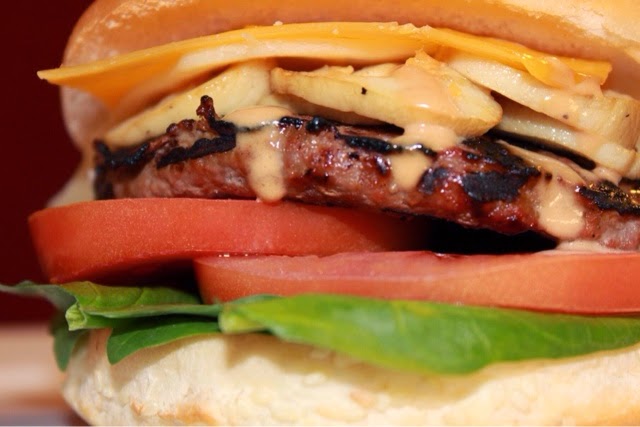