Showing posts from July, 2013
Show all

Caught In Between (Part IV)

July 08, 2013
This is the fourth installment in a multi-part series narrating Beirutista's upbringing abroad and her wrestling between different cultures. See earlier posts in this series here: Part I , Part II , Part III After Paris, I flew on a one-way ticket to Beirut, where my mother met me. I recall assuring her that Lebanon was my motherland, that the time had come for my permanent move to the country, and that I could no longer deal with the tainted breed of Lebanese expat living on foreign soil. I'd had quite enough of their antics--their claims to being smarter, prettier, and more cunning than those in whose countries they were now making residence. In fact, according to Lebanese ideals, somebody cunning and sly is usually hailed for his ability to cut corners and get away with it, all while coming out ahead. In the Western world, we call those folks scumbags. I thought that in Lebanon, I'd finally discover the unadulterated Lebanese, gushing with warmth and chaleur, eager
5 comments
Read more 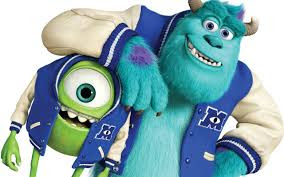 At the movie theater on Saturday, I hesitated between "White House Down" and "Monsters University." The ticketing agent behind the counter recommended both but warned that "Monsters University" was more suitable for teenagers. Challenge accepted, I thought to myself. A lot of people still mistake me for a kid. The prequel to the Pixar hit "Monsters, Inc.," the movie follows little Mike Wazowski (played by Billy Crystal) as he aspires to fulfill his childhood dream of becoming a "scarer." During his first semester at Monsters University, he commits himself wholeheartedly to mastering the documented fright-inducing techniques and excelling in his coursework. He slaves away in the library and buries himself in his books, while his more popular and ponderous classmate and anathema James "Sulley" Sullivan (John Goodman), who comes from a family of prominent scarers, uses his innate charm to get ahead. The Dean of the School of
Post a Comment
Read more
More posts