Showing posts from May, 2014
Show all

Amethyste Phoenicia Has The Potential To Be So Much More 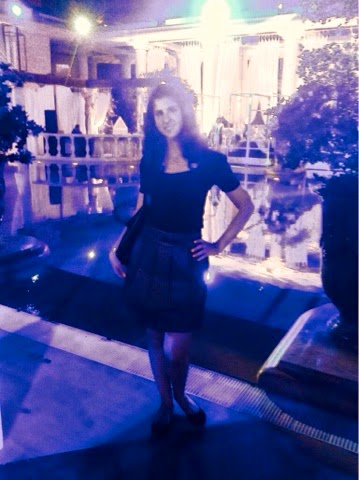 Last night, we were invited to the opening of Amethyste Lounge at Phoenicia Hotel. A little research on the venue revealed that it was launched in the summer of 2010 with a spectacular show of acrobats, dancers, and entertaining performances. Last night, as the lounge celebrated its fourth birthday to the theme of “Kitchen Party,” no such grandiosity erupted. In fact, calm defined the scene, which was rather pleasant and lounge-like. We arrived at 8pm to a setting lush with white—white tents and teepees, white divans, white drapes, chefs in white toques and uniforms—which almost masked the center-stage pool. The lighting was a seductive violet—amethyst—and could be seen from as far as Zaitunay Bay. There were already people milling around sofas, sipping cocktails and poking their heads into the cooking stations. Everything looked dazzling, and we were tickled with curiosity as to what culinary wonders awaited us. We saw guests heaping food into Styrofoam flap-top boxes—the ones
Post a Comment
Read more

Starbucks Growing Its Empire in Beirut 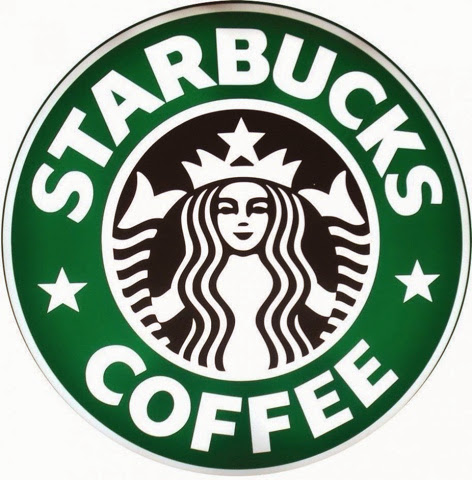 The Starbucks empire in Lebanon is growing. A few weeks ago, the worldwide coffee chain put up move-in posters at an outlet on Zaitunay Bay, right next to Classic Burger Joint. And just today I confirmed that another Starbucks branch will be occupying the former spot of Cafe M in Beirut Souks. Cafe M belonged to Beirut Hospitality Group, which encompasses Relais Foch, The Garden, Momo at the Souks, Grid and Grid Le Resto. It closed its doors nearly a month ago. There's a prominent two-story Starbucks less than 500m away in the nearby Nejmeh Square across from Al Balad restaurant. Perhaps everything in that historic star-shaped quartier has buckled or is on its way there amid the latest economic lull seizing Lebanon, but Starbucks has proven untouchable. A popular hangout for students, professionals, and American coffee lovers in general, Starbucks is distinctive in that it is a self-serve cafe. Guests are encouraged to curl up with a book and make themselves at home, not having to
Post a Comment
Read more

Sexy, Smart, and Serious: How Amal Alamuddin May Have Charmed George Clooney

I can’t get Amal Alamuddin out of my head. I know by now it’s virtually old news that she and acclaimed Hollywood personality George Clooney are engaged and planning a wedding for September. But still, their story has held me captive, and I can’t but reflect and try to piece together their brief six-month courtship. I suppose it may be natural for me to do so, because I share a bit of common ground with Amal. (Hear me out before you dismiss me as being immodest!) We are both Lebanese who spent our formative years abroad, I in the US (and a year in France), she in the UK (and at least five years in the US for grad school and early career). Amal was a star student, attending Oxford University’s St. Hugh’s College for a bachelor’s degree before matriculating to NYU Law School. At both institutes she was showered with accolades, and she even interned as a law clerk at the prestigious offices of Supreme Court Justice Sonia Sotomayor. I, too, was a scholar, a magnet for all things academ
17 comments
Read more

The Long-Awaited Verdict on Shake Shack 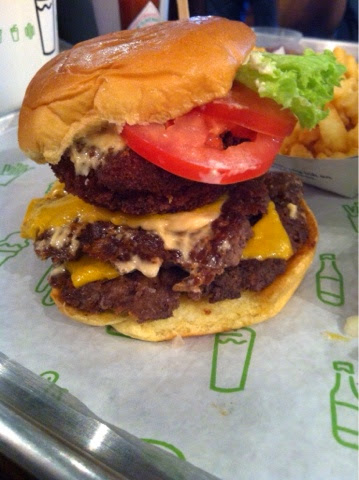 Ever since Shake Shack opened in Beirut City Centre last September, I’ve been following diners’ reviews with earnest. Many of you know I was born and raised in Southern California, but Shake Shack is a rather new operation (est. 2004) concentrated for the most part on the East Coast, so I'd never before tried it. With 21 locations in the USA (9 of which are in NYC alone) and 13 worldwide, Shake Shack is the wholly-owned subsidiary of Union Square Hospitality Group run by the esteemed restaurateur Danny Meyer. Shake Shack prides itself on its freshly-ground 100% angus beef, free of hormones and antibiotics; its crinkle-cut Yukon potato fries—supposedly 25% less fatty than any other fast food fries; and its frozen custard shakes and concretes. As I sifted through all the rants on Lebanese social media sites, several prevailing motifs popped up: “overrated,” “overpriced,” “overhyped,” “inconsistent,” “oily,” “fatty,” “soggy.” Others raved about the well-seasoned beef patties, the
2 comments
Read more

Lebanese females are attracting international media attention these days. For starters, Amal Alamuddin has managed to win the heart of Hollywood celebrity George Clooney, and she's got a hefty diamond bauble to prove it. An accomplished lawyer in London and the daughter of a wildly successful journalist mother dubbed the “Diane Sawyer of the Middle East,” Amal comes with her own irrefutable charms. Lucky or not, she lays claim to pinning down the notoriously elusive bachelor who has a history of dating beautiful bombshells. And Clooney’s mother couldn’t be happier with her son’s choice, gushing about Amal being a “ lovely girl .” And how can we forget Jackie Chamoun, the alpine skier representing Lebanon in the Sochi Olympics just a few months ago who became famous not for her sportsmanship but for her sexy figure? Images of Jackie posing nude in a sports calendar were dug up and leaked to the public, and media worldwide had a field day with it. Here in Lebanon, a campaign to
Post a Comment
Read more
More posts