Showing posts from November, 2016
Show all

Grand Hills Revives With The Opening of Little Paris 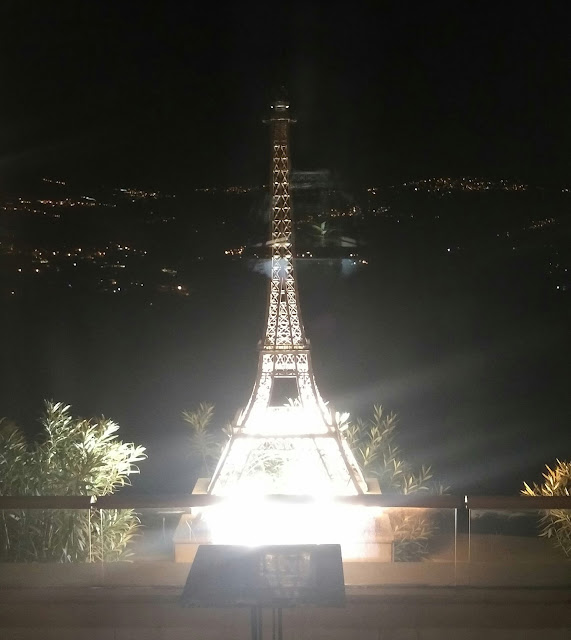 At last, the revival of the opulent Grand Hills has arrived! The Luxury Collections Hotel & Spa, enjoying a corner perch over Broumana and resembling a gated residential community, could be likened to a sleeping palace. Stroll through one of its expansive lobbies, decked with gold-trimmed Louis XIV armchairs, embossed marble murals, oak furniture, and antique specimens. You’d think you were walking through the deserted kingdom of a Saudi prince. It really doesn’t get more luxurious than this, and the stately restaurants tucked inside are no less frilly.   Chez Alain is a classy French brasserie that peers out over the mountains. There's even a miniature Eiffel Tower replica to transport you to the City of Lights as you butter your sliced baguette and ponder over entrées of foie gras and tartare de saumon. Paris in Broumana An entrée sampler Comme plat principal, n’hésitez pas : go for the tenderloin, a tender hunk of beef cooked to your desired cui
2 comments
Read more

Rustic Byblos, Far From The Crowds and Tourists 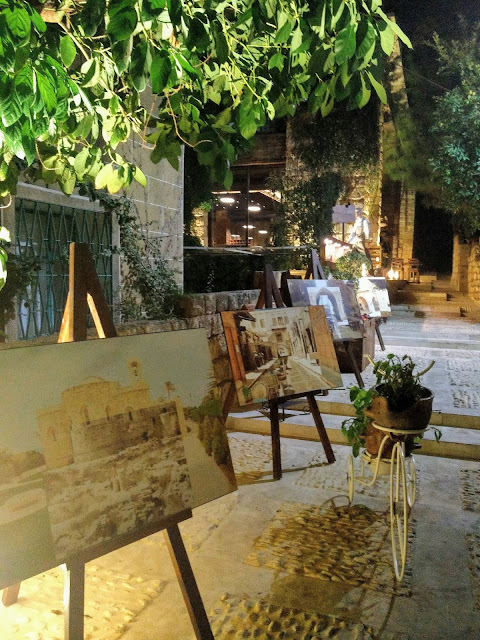 Every time I visit Byblos, purported to be the world's oldest continuously inhabited city, I discover some new shop, eatery, or museum I'd never noticed before.  The ancient seaport, located 40 kilometers north of Lebanon's capital, concentrates numerous al fresco restaurants in the town square.  There are but a handful that lend shelter from inclement weather, complete with cozy ambiance for chillier months. One such godsend is Le Salon d’Adonai, the finer dining counterpart to Le Petit Adonai occupying a corner of the old souks. Salon is perched perpendicularly to its elder sibling, a stone’s throw from the wax museum. Saunter in to the inviting space, and you’ll be welcomed by a bar, wine racks on opposite walls, and comfortable seating with wooden furniture. The path up to Le Salon d'Adonai The concept is rustic Lebanese mezza presented in terra cotta pots (or fokhar ). Portions are generous and doused in extra virgin olive oil, in line with the
Post a Comment
Read more

Today across America, families will be waking up to what is arguably the most anticipated and gluttonous holiday of the year. Indeed, Thanksgiving, which falls on the fourth Thursday of November, unites Americans of every creed, heritage, race, and walk in a celebration of life, bounty, and opportunity. For the rest of the world, Thanksgiving is simply the day before Black Friday, when irresistible retail offers and slashed prices bring customers in by the droves. In this international economic slump of sorts, Black Friday has become an adopted phenomenon to drive sales and kickoff the Christmas buying spree. Whatever the occasion means to you, there are many ways to give thanks, count blessings, and spread good cheer. As children, we were urged to craft bullet lists of things we are thankful for. I suppose this task is equally imperative in adulthood, as we find ourselves drowning in the mundane and losing grasp of what matters most. So instead of writing a letter to San
1 comment
Read more

How to Guarantee a Knockout Thanksgiving Dinner In Lebanon 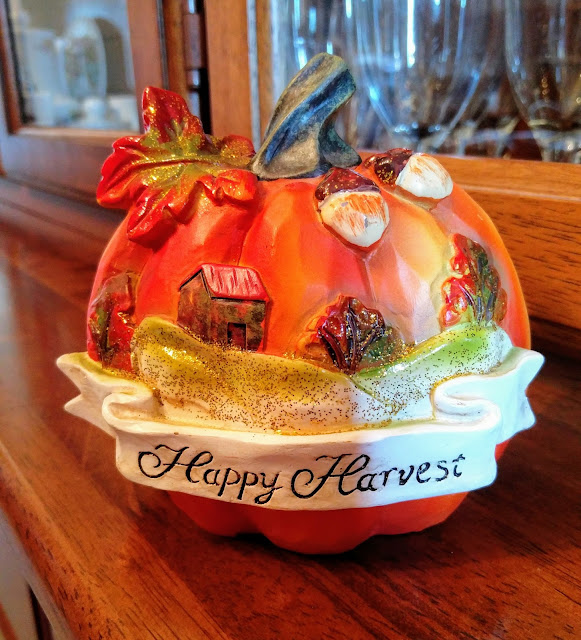 If you’ve ever lived in the US or even visited during the month of November, you understand the enormity of Thanksgiving. It would not be brash to compare it to the ranks of Christmas, as virtually everyone in the country drops everything and heads home for an extended four-day weekend. Thanksgiving’s origins are rooted in the first harvest reaped by the pilgrims after their arrival to the New World in 1621. Today, nearly 400 years later, the holiday continues to be about the two words forming its name: giving thanks for one’s blessings; focusing on the haves, not the have-nots; and spreading generosity to those less fortunate. It is perhaps those altruistic, heartwarming aspects of Thanksgiving that make it so treasurable in the hearts of all Americans, regardless of religion, race, creed, or age. Trust me when I say, American expats enjoy a magnified fondness of the holiday in their adopted communities around the world, to the extent that Thanksgiving is celebrated anywhere
Post a Comment
Read more 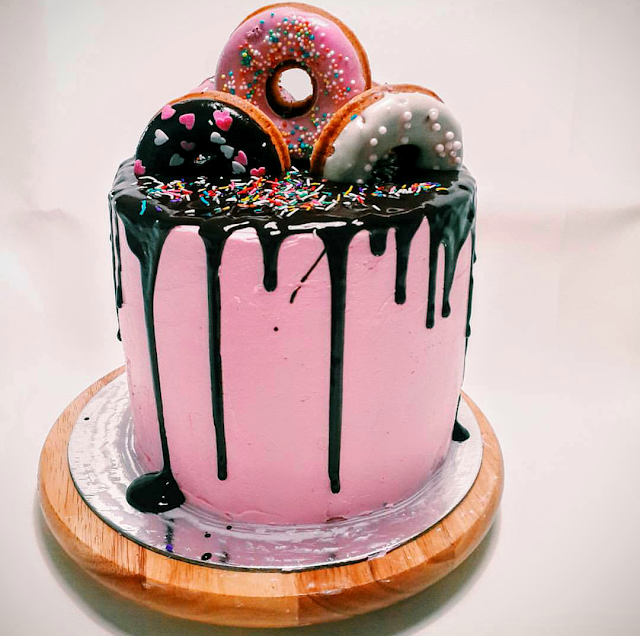 Several months ago, one of my avid blog and Instagram followers got in touch via private message. Marilyn Basbous, a spirited brunette in her early 20s, wanted to meet the face behind Beirutista and swap stories. In this age of social media and the comfort we enjoy shielded behind the screen, how unconventional to set aside our monitors and smartphones and make a real connection over a cup of coffee. I was thrilled. Marilyn, named after the iconic Hollywood celebrity, is a fifth-year pharmacy student at USJ. By day, she’s poring over chemical compounds and learning about medication therapy. By night, she shrugs off the lab coat to don an apron and toque. You see, Marilyn is a passionate cake creative. Her objective is not just any diner cake or cupcake with confetti sprinkles. In fact, she cites Katherine Sabbath , a name only diehard cake-makers would recognize, as being her principal inspiration and idol. Sabbath fashions colorful extruded cakes and is notorious for her ice
Post a Comment
Read more 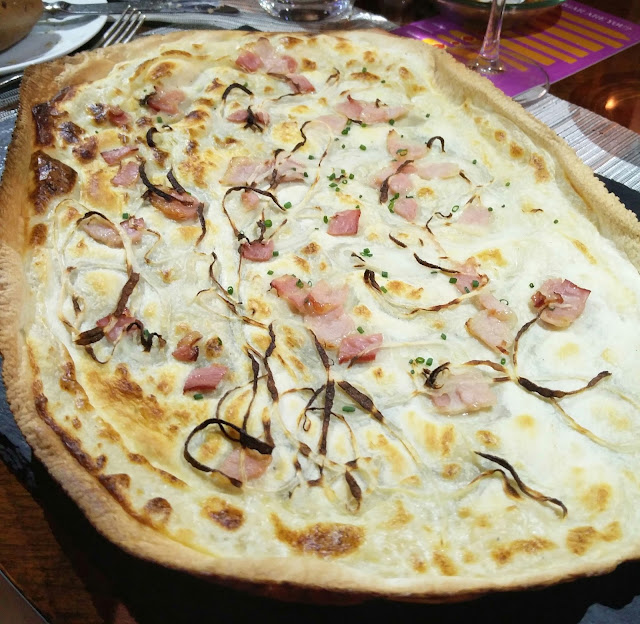 You didn’t think I’d leave you in the dark, did you? You didn’t possibly think that after waxing poetic on my impending encounter with acclaimed Alsatian Michelin-starred Chef Bruno Sohn, I’d recede into selfish silence and solitude? No, dear readers, I owe you a detailed chronicle of Monday night’s culinary affairs. In the interest of completeness, integrity, and the honor due unto sumptuous fare, here is my end of the bargain. It was a full house at Le Gray’s 6 th floor stately restaurant, Indigo on the Roof, and as we settled into a round table, our notice was immediately drawn to the St. George Maronite Church bell tower, illuminated for the first time since its completion last week. Nestled next to it, in the tapestry-like character endemic to Lebanon, Al Amin mosque, resplendent with its turquoise domes. Now that I’ve painted the scene, let’s dive into the edibles. For entrée, the tarte flambée (22,000 LL) had been haunting me all weekend, as I conjured up
Post a Comment
Read more

Gourmet Week at Le Gray: Nothing Short of a Michelin-Starred Affair 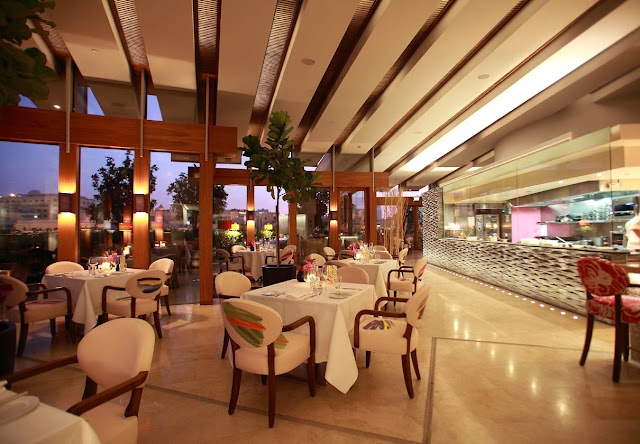 If only wishes were always answered so swiftly! Many of you might recall how I ended my last post wondering when I’d next be meeting a Michelin-starred chef, after having rubbed shoulders with the Lebanese-Australian icon Greg Malouf and Frenchman Maxime Le Van in the span of only 100 days. Well, lo and behold, as fate would have it, this Monday will see me making the acquaintance of Chef Bruno Sohn from Alsace, France. In honor of Gourmet Week , which unfolds November 14-18 at select restaurants and venues across Lebanon, Le Gray’s Indigo on the Roof has invited Chef Bruno to proffer bistronomy, or “snob-free, accessible gastronomy,” as the contemporary five-star hotel puts it. Indigo on the Roof at Le Gray The idea is that every evening at dinner, the regular menu will be replaced by Bruno Sohn’s inspiring specialties , and prices are aligned to preexisting ones. Let’s do a quick rundown of the food roster, which I assure you resides nowhere else in Leba
Post a Comment
Read more
More posts