March 28, 2014
With a low red-brick fence, miniature street lamps, and a spacious outdoor terrace on its corner Hamra lot, Brick’s is an inviting pub-restaurant along Makdessi Street. Not one neighboring venue seemed as vibrant and alive as Brick’s on this particular Wednesday night when we showed up for dinner and drinks.
The interior has a soft, cozy ambiance, with a portrait of Albert Einstein sticking his tongue out as he peers over guests. There’s a tile-topped island in the center of the room able to accommodate about a dozen people, as well as plush sofas against the wall ideal for couples and small groups. 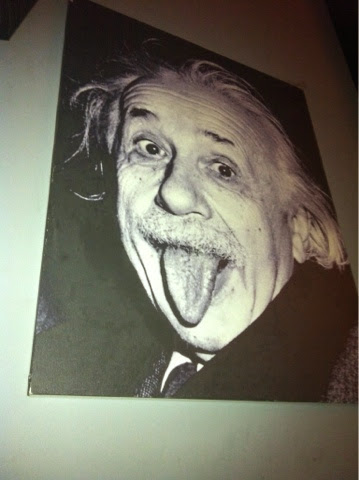 Every night the DJ spins soft rock, soul, R&B, and oldies—we were treated to tunes from the 90s like Des’ree’s “You Gotta Be” as well as the 60s hit “Wonderful World” by Sam Cooke. The choice of music as well as the spot-on volume level made for convivial conversation among guests as they sipped on their drinks.
The menu spans light appetizers to share, about ten salads, half a dozen mains, a couple sandwiches, a couple burgers, and one chocolate fondant dessert (or a fruit salad for the health-conscious). Hands down the star dish of the evening—and easily a contender for Beirut’s best—were Brick’s chicken quesadillas (18,000LL). Non-oily, non-greasy, crunchy little pockets of tortilla bread came stuffed with substantial chunks of savory chicken and cheddar. A scoop of guacamole, another of whipped sour cream, and some pico de gallo also vied for our attention, and they were impeccably executed. 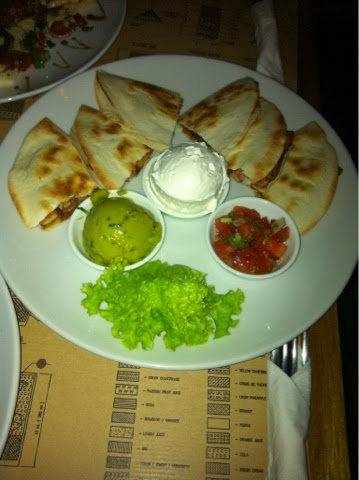 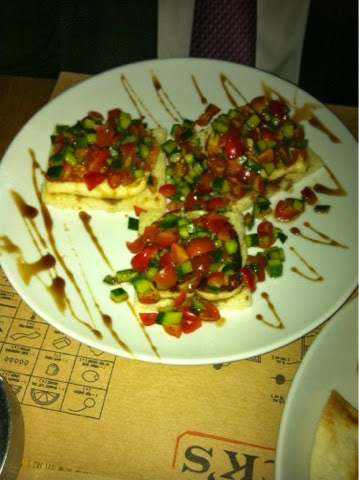 The blackened tuna (23,000LL)—seven thick slices of pan-seared tuna encrusted in black pepper and other spices—was given a wonderful lift by a zingy mango, tomato and coriander ceviche. 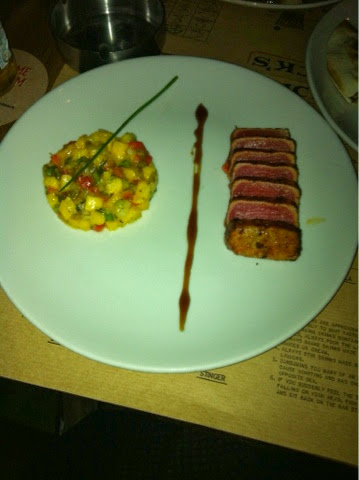 Moving on to the mains, we ordered a pepper steak (33,000LL) at the prodding of the waitress. A well-done (we’d asked for it medium) filet unmistakably marinated in a rich pepper sauce emerged alongside a creamy heaping of mashed potatoes, sautéed green beans with cherry tomatoes, and a ramequin of gravy. Not one ounce of fat tarnished this healthy pick, but we would have preferred the meat to be less charred. 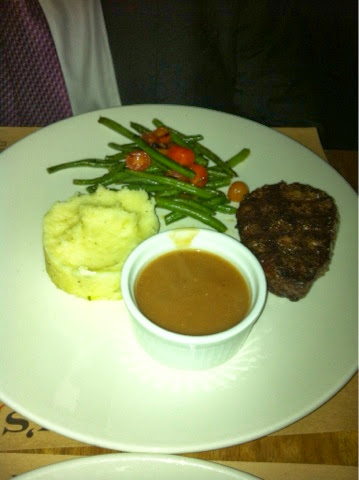 The Tuscan chicken (26,000LL) translated to a duo of baked chicken rolls filled with sun-dried tomatoes, feta cheese and a trace of basil. Tasty yet rather dry, the chicken lacked a certain oomph, and we borrowed some gravy from the other platter to help wash it down. The accompanying spring salad dressed in lemon and olive oil along with a side of four baked, Italian-herbed potato wedges redeemed this dish. 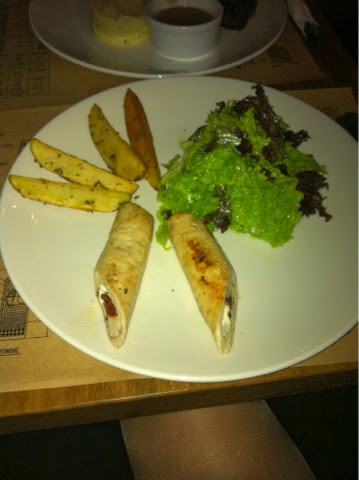 In short, Brick’s is your choice destination in Hamra for smooth vibes, easy listening music (nowhere better in Beirut), and one helluva chicken quesadilla!

Note: we were generously invited by the restaurant management.
food restaurant