A New Year, and the Journey Continues

January 05, 2016
I don’t believe in New Year’s resolutions in the same manner that I dismiss Valentine’s Day. They’re both pathetically clichéd and dissipate into thin air as soon as they've passed.

Suffice it to say, I wouldn't be caught dead anticipating one particular day among 365 to mend my life where I see cracks. I don’t need an official holiday to get things on track—when I identify problems, I seek instantaneous redress and resolution. Don’t even get me started on diet Mondays—despicable!

I do, however, believe in retrospection. It’s healthy to look back upon your winding journey--and that’s what it is--to evaluate what you've learned, what worked, what didn’t, and where you’re headed. Blame the engineer in me: I love system dynamics and feedback loops.

So here’s me feeding back on 2015 and the gems I picked up along the way.

Marriage. My husband and I celebrated one year of marriage in late September, and honestly time has never been so elusive. Getting hitched to my best friend and intellectual equal has been the highlight of my existence. Every day he challenges me, and I don’t just mean in the way of added laundry and housecleaning.

Jimmy forces me to constantly question my aspirations, and he reminds me of the greatness of which I am capable but often shy away from. What I admire most in him is his hard and fast commitment to productivity and excellence, which humbles even me, the self-avowed champion of hard work.

Whether it is employment or entrepreneurship, Jimmy taps every iota of his intelligence guided by his strict moral compass to achieve success. He has no respect for naysayers or cynics, but he makes time for even the humblest of people. I’m blessed to have him, even if it requires hosing down the kitchen after every one of his culinary flourishes. 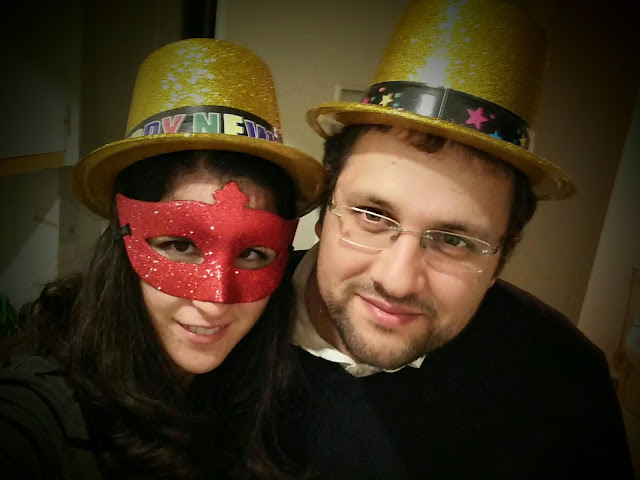 Fitness. At the end of 2014, Jimmy and I shelled out a ridiculous sum of money to become members at a gym in downtown Beirut near our offices. At the time, it seemed like the wise thing to do, since we both work within a couple hundred meters and commute together. We aimed to create a daily sustainable routine that would get us out of the house and in the gym before the onslaught of rush-hour, unloading 30-45 minutes of exercise, showering, dressing, then hustling to work.

We actually exacted that sequence for a solid nine months, but the longevity only confirmed just how much I detest the gym: it’s monotonous, intimidating, and a jungle of hazards if you don’t know what you’re doing. Having a private trainer dons it a different angle, but who’d be willing to dish out $50 per hour on top of the $200 monthly gym fees? The last three months, I have been glad to transition back to my favorite (and free) form of activity, power walking.

Travel. In 2015, I made three brief weekend trips and one longer extended visit. The small voyages—Dubai, Costa Navarino, and Dubrovnik—were much-needed breathers from the quotidian trials of living in Lebanon. There’s little or no change in time zones, so it doesn’t completely disorient you. The intention is to reset your stamina levels and have a bit of fun.

On the contrary, the 24-hour journey to Los Angeles plucked me from one reality into another so starkly different, where peace of mind, order and convenience reign on high. I was reunited with my family and reminded of how much I’ve missed residing in the US.

If given the choice and means, I would travel frequently and exhaustively. Nothing is more rewarding than immersing yourself in a foreign culture, in its cuisine, geography, people, and mode of life, and ultimately realizing how little you are. Indeed, the world is a book, and those who do not travel it read but a page. 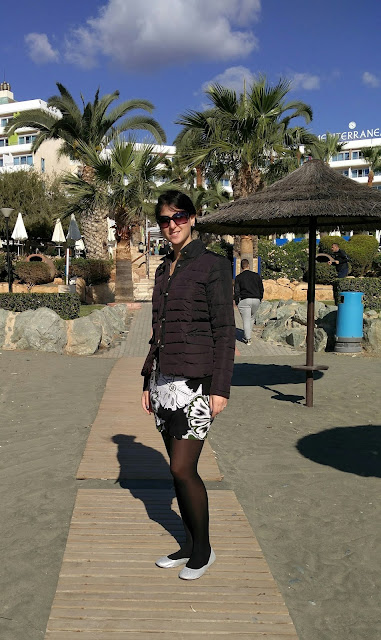 Human interaction. Thanks to blogging, I've found myself barraged with invitations to events and social functions. In 2015, my calendar brimmed with restaurant openings, avant premieres, dinners, expositions, and the like, and Jimmy jabbed that he needed to make an advance appointment to secure some face time with me.

Well, it wasn’t that bad, but the boon (and bane) of it were the elevated levels of interaction with people. This is where I really learned and opened my eyes to the superficiality and disingenuousness that lurks around every corner.

People harbor ulterior motives. Never underestimate how low someone can and will go for a business opportunity, let alone a free dinner. Others seek acclaim merely for being the first in the know, and still others need to be perpetually patted on the shoulder.

So what are the take-home lessons of 2015? What am I wielding on my journey deeper into the thick of life?

Surround yourself with people who make you feel good, not those who bring you down. Cast out those rotten spirits—they’re not conducive to growth.

People don’t change. No matter how valiantly you try to cozy up to someone despite initial impressions, you simply won’t be able to. Some people will forever rub you the wrong way, and they’re not worth the extra effort.

Be kind to the oft-overlooked people—the waiter who replaces your fries with steamed veggies, or the janitor who politely collects your trash bin daily, or the office boy who fetches your mail. A smile in their direction is all it takes to make their day, and you’ll somehow feel better about yourself.

After all, it’s the little things that make life grand. And that's one cliché I'll readily stand behind.