When Old Friends Fade Away

October 07, 2016
It’s been a challenge keeping up with friends abroad. Folks I grew up with, former classmates from school and university, ex-colleagues. Writing individual letters proved burdensome at the beginning, but that all dissipated with the launch of this blog.

The sad thing though, as artist Charlie Puth puts it in his trending pop hit, is “we don’t talk anymore” (which incidentally came on the radio as I was typing this).
I’m referring to near-and-dear confidants, people I’d flagged as besties, friends for life.

One I met on the P.E. court my high school freshman year nearly a decade and half ago. Our paths didn’t intertwine much beyond our sports class, and she transferred to another school by the following term. It wasn’t until university that we collided again, in Boston, as we both slaved away on our master’s degrees at neighboring institutions. A few years later, life threw us onto the European continent, where she pursued her PhD at Cambridge, and I, my MBA, in Paris.

She visited me in France, and I was her date at her campus’ historic May Ball. After I moved to Beirut, we corresponded often, penning painstakingly detailed letters and recounting our adventures. She flew out to be by my side on my wedding day. My whole family knows and dotes on her, as she would pop by to visit them in our California hometown even in my absence.

After the wedding, I learned she and her longtime boyfriend had tied the knot in a civil marriage, but that’s when letters from her side tapered off. Within six months, I stopped receiving any communication from her whatsoever, despite my persistent emails. It’s been over a year now, and she’s totally disappeared.

And she’s not the only one. While I was in Paris, I formed a strong bond with two classmates. One was a blonde Brit who I met ahead of our graduate program, during a remedial French course. The other was an Iraqi-German who was supposed to be enrolled in said language class but got tied up with finalizing his graduate thesis in Munich.

The three of us were inseparable, sticking out like sore thumbs in a sea of Western European students. We bawled our eyes out at graduation, promising we’d keep in touch without cessation.

The blonde Breton fell off the radar within a year, and her Facebook account haunts me, as to this day a photo of us visiting a winery in Piedmont, Italy, continues to occupy her profile picture (and that was six years ago!). She never acknowledges any activity on her wall and is clearly not active on social media. A bit of sleuthing demonstrates she’s moved to New Jersey for work.

The Iraqi and I kept in touch consistently up until my wedding. He relocated to Washington, D.C., and would call me monthly for long chats and laughs. I was 100% certain we’d be pals for life.

But he too has disintegrated into the mayhem. I never hear from him. Neither a peep, nor a “like” on Facebook, not even a single word. Tragic. 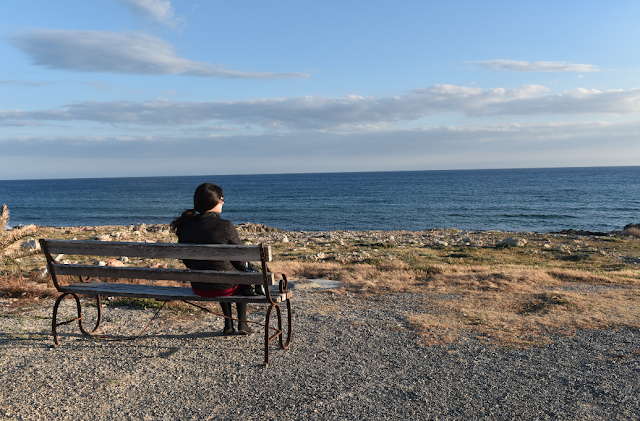 I’m not writing this to elicit sympathy. I’m aware that it is human nature to move on, to focus on the “here and now.” The adage “out of sight, out of mind” is loaded with truth, though I can’t help but wonder whether I still cross their thoughts as they do mine.

That rubbish about “friends in need are friends indeed” doesn’t mean a thing. You don’t have to be knee-deep in sorrow to watch your friends peel away. Sometimes, they just do, and I suppose it’s all part of growing up and shedding the baggage.

To think that in five years' time, the people I consider friends today will likely not be in my life. That's mind-blowing, and I struggle to accept it.