May 02, 2013
Paname has quickly become my favorite French bistro. After one dinner with a group of friends a few days before the new year, I beheld and sampled the quality, freshness, and tastiness of a variety of French dishes: filet de boeuf, steak tartare, coq a l'orange, pavé de saumon, and a few others. Portions were generous; prices, fair; ambiance, cozy but not stifling; service, smooth; and satisfaction, undeniable.

Instant rapture led me to explore Paname further on its Facebook page, where I discovered the restaurant offered a daily plat du jour and delivered to the downtown area. I ordered the chicken roulade--rolls of chicken breast stuffed with spinach and ricotta, simmered in Brie sauce, and accompanied by potato wedges and sauteed vegetables. A fancy, gourmet meal arrived 20 minutes later in a fancy paper bag complete with tweed handles. My taste buds were tantalized. A few weeks later, I ordered the boeuf bourgignon, a dish I'd never seen anywhere outside of France. While I expected the meat to be more tender, the onion-rich sauce and the pommes dauphinoise were impeccable.

Several months have since passed, and a dine-in experience was overdue. The good news: as built-up as we were, our expectations were yet again exceeded. The soft bread loaves, evocative of Cafe Paul's just a few blocks away, and the dome-shaped butter were a heaven-made match and melted in our mouths. The tuna tartare entrée was exceptional alongside the avocado puree (dare I say guacamole), pickled ginger and candied orange twigs. 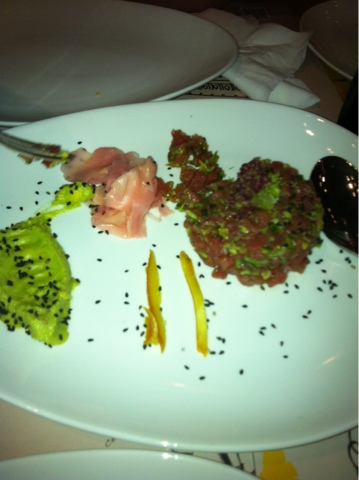 I fancied myself a croque madame, which--blasphemously--I'd never gotten around to trying when I lived in Paris. Two thick slices of a wide sourdough came stuffed with deli turkey and a light bechamel sauce and were then topped with melted cheese, chopped parsley, and a sunny-side up egg. The bread was crisp but not toasted dry and the yolk gently ran as I cut into it. 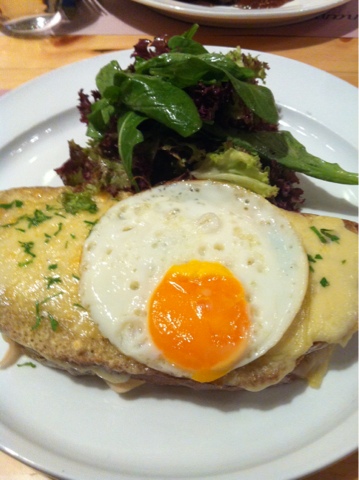 Feast your eyes on the boeuf bourgignon, a massive helping of beef (faux filet) stewed in wine, onions, and carrots for several hours. The potatoes au gratin, smothered in Gruyère, were rich with flavor. You might want to fast for a day or two before having this Hungry Man for a meal. 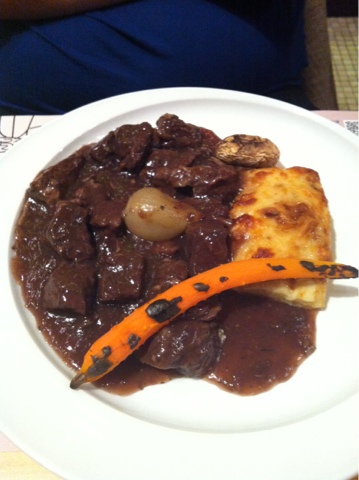 With everything as delicious as it was, we were keen on indulging in dessert. The duja featured two layers of chocolate mousse separated by croquant and enrobed in chocolate ganache. The strawberry sauce on the side could have been accentuated by a proper berry coulis with fresh fruit, but alas, it was divine. 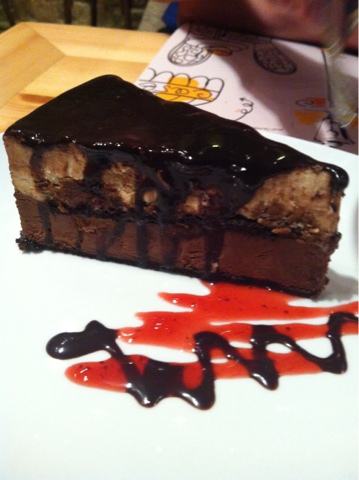 ﻿Paname will be my official go-to whenever I am craving proper Parisian bistro nourriture.
food rant 'n rave restaurant