How Does a Foodie Survive the Meatless Fasting Season?

March 21, 2015
For the past five weeks, my husband and I have been abstaining from all varieties of meat in reverence of the Lenten season. Fish and seafood, we permit ourselves. I've gone a step further and slashed out sweets altogether. (For me, that’s probably the more impressive feat!)

I've never considered myself excessively attached to beef or chicken. I do crave a delicious burger or filet mignon as much as the next person, but I've been known to go days subsisting on a peasant’s diet—carrots, cucumbers, roasted eggplant, muesli, oat bars, cheese, and the like. Friends poke fun at me, dismissing my diet as rabbit's food. I self-smugly insist it’s healthy and wholesome.

So what have we been consuming, and has it been arduous? Admittedly, it can be sometimes, especially when you work all day, and coming home to fix dinner proves laborious. We both work in downtown Beirut, which makes the commute together a blessing. To avoid peak rush hour in the early evenings, we occasionally grab a bite in the vicinity of our offices, and the options are surprisingly numerous.

A healthy salad from the salad bar at TSC Signature, or perhaps a gourmet veggie or seafood pizza from our friend and pizzaiolo Hassan Akkary, frequently hits the spot. There’s also Al Balad off Place de l’Etoile, which is my absolute favorite, with a varied selection of Lebanese mezze including hindbeh, hummus, fattouch, foul, grilled halloumi, and chanklich.

When we savor a quick bite, Subway fits the bill. Only the tuna sandwich succors, a very simple assembly of the fibrous finfish on soft wheat bread, topped with a medley of fresh vegetables and a squeeze of honey mustard or olive oil.

Thankfully, the food court adjacent to Beirut Souks’ Cinema City opened a few weeks ago, and now Zaatar W Zeit figures into our veggie-friendly havens. I love the labneh wrapped in sun-dried tomato tortilla bread, and the baked falafel isn't half bad either.

We've recently adopted a new ritual of letting go of the week’s stresses by enjoying a Saturday splurge lunch. Minet el Hosn is well suited for that, as it is studded with high-end dining outlets with trottoir seating—nothing beats indulging in fine food as you catch some rays in the crisp spring-is-near breeze.

Balthus makes a zesty melanzane parmigiana, or eggplant Parmesan bake. The salmon tartare and grilled prawns are perfectly seasoned and will delight the most discerning of pescetarians.

I particularly enjoyed the generous bowl of battered calamari next door at L’Avenue du Parc. This dining hotspot has a richer menu with more creative cuisine, as opposed to the strictly traditional French fare at Balthus.

Before trying Metropole, I didn't understand what all the fuss was about. Dare not be so audacious as to request a table outdoors sans reservation—impossible, the waiter will tell you, before even consulting his clipboard. No matter, feast inside. The filet de mérou (grouper fish) with ratatouille vegetables and that insanely addictive aniseed sauce is a flawless 10/10.

At home, a quick tuna salad with asparagus, string beans, sweet corn, and relish all tossed in a mustard-lemon vinaigrette leaves nothing to be desired. Labneh on toast, wine and cheese, omelets, and the quintessential zaatar w zeit in markouk bread are other winning formulas as well.

To be honest, it’s liberating to know that your options are capped. How so? Well for starters, all hesitation is abolished. It takes far less time to scan a menu and home in on your choice of dish. Eating becomes an activity solely motivated by hunger and not cravings. Second, you appreciate your food far more than before, and creativity gets the best of you. For example, swap out the meat-based marinara in a conventional lasagna and replace it with oodles of spinach and a fat-free milk-based sauce. Mamma Mia!

This is not to say that after Easter I’ll be a sworn vegetarian. I will take in a steak with peppercorn from time to time. And a classic chicken breast burger may face its fate in my belly. But I’ll definitely be more sparing with the meat and sweets consumption, and I’ll be satisfied about it, too. The grass is indeed greener on this side of the fence. 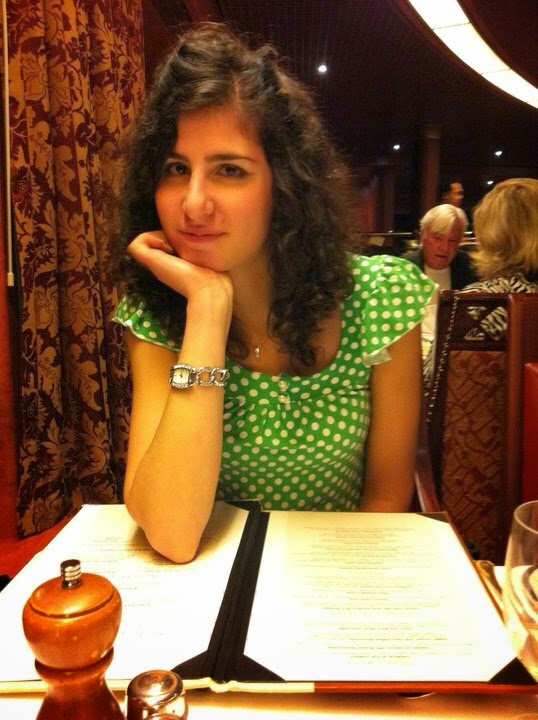