Bibayti: Private Chefs For Hire In Your Home

August 19, 2015
You’re hosting friends over for dinner at your place. Either you lack the time to prepare a thoughtful meal, or you don’t have the culinary finesse to pull it off. Ordering take-out is too informal, careless even. And it falls short of the homey ambiance you’re aiming for; otherwise you’d have invited your guests out to a restaurant. So who you gonna call?

No, not Ghostbusters, although they might make for lovely dinner guests.

Bibayti is a scheme that connects chefs to individuals in the comfort of their own homes. Hence, “bi bayti,” or at my home. In short, the Bibayti website, once fully fleshed out, will showcase the profiles of in-home chefs, their level of expertise—amateur, apprentice, or professional—and the various menus they offer, with a price per guest formulated from cost of ingredients and labor. 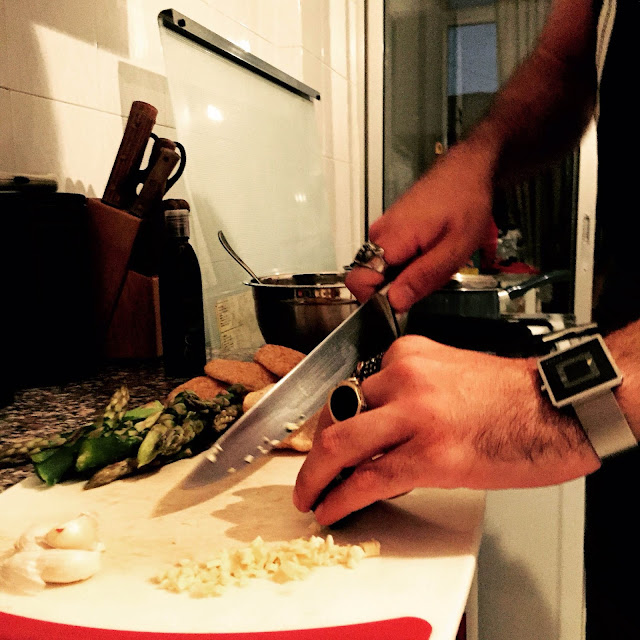 Once you home in on a particular chef and menu that suit both your planned occasion and budget, you can request a booking for a specified date and time. The chef will show up a few hours in advance to prepare and assemble the meal, with everything from ingredients to cooking utensils in tote. It’s assumed that the host has a functional kitchen with the bare essentials—stove top, oven, running water—as well as dishware and cutlery to serve guests. The chef’s job is quite simply then to cook, serve, and clean up after himself before heading out.

Last week we had the opportunity to sample this innovative setup before it officially launches in Lebanon. Hadi Hazim of Fusion Cult, a self-described culinary experience fusing healthy Lebanese food with world ingredients, showed up to our door roughly two hours before dinnertime. He came accompanied by Lyne Jisr, an aspiring chef, friend and cohort in cooking. They wielded two picnic-style thermos containing everything they’d be needing for the evening.

Since Hadi had prepared most of the dinner’s four courses at his own home, all that was left was putting it together, which he estimated would require half an hour. So before the guests arrived, we sat down to a pleasant chat to get to know the duo more.

Hadi is a caterer and hosts pop-up kitchen stations, more recently at the Beirut Street Food Fest held at Junkyard in Mar Mikhael. In addition, he is a luxury brand manager and jewelry designer who completed his graduate studies in Florence, Italy. Lyne previously worked at the Four Seasons in Beirut and is the face behind the foodie Instagram account @thebutterbelly. She was admitted to the prestigious Alain Ducasse culinary school in Paris to which she will matriculate in January.

Both Hadi and Lyne are warm and friendly, which made the experience all the more pleasant. In my eyes, the concept is not merely about hiring a cook to whip up a meal and satiate your hunger in the luxury of your personal space. It’s really the thrill of dining on delicious food and connecting the dishes to their inspiring creator.

In this day and age, eating out at a restaurant is globally passive behavior: you order your preferred dish; it’s served to you by a waiter; you enjoy it without further ado; and you leave once the tab is settled. A scheme like Bibayti’s fosters rapport between chef and host, facilitating an informative exchange if the two so desire it.

Furthermore, the host becomes privy to the nature and quality of the products used, as we did. For example, Hadi’s cornerstone ingredients were olive oil, truffle oil, balsamic reduction and sun-dried tomatoes from French make Oliviers & Co.

Hadi relies on local products as much as possible, namely the freekeh comprising the main dish freekotto, which is freekeh prepared in the style of risotto. The cheeses, too, counted among them regional favorites like Halloumi, Akkawi, and Nabulsi.

Besides the freekotto, elements of Hadi’s creative flair appeared in the watermelon jam gracing the atayef bi jebneh dessert; in the Cointreau-and-cinnamon-doused dried cranberries tossed in the salad; and the mini kaak purses slathered with creamy goat cheese, fresh baby thyme, and finely-diced onions. Indeed, the meal was superb, and my guests were left smitten and speechless.

Hadi and Lyne quietly ducked out as we were noshing on the two freekottos—one with crisp green asparagus and the other with mushroom and truffle oil. They’d already set out the desserts on the kitchen table, so we were free to pace ourselves at our own leisure.

Perhaps the only hiccup was the avalanche of dirty dishes that awaited me post-dinner, but the Bibayti cofounders assured me in a follow-up call that the final model would incorporate a maid to keep the chef’s workspace clean and neat. The help could then also remain until the end of the evening, washing all table- and silverware and thereby relieving the host to focus strictly on hosting!

The concept of inviting a private chef to one’s home is certainly not an unusual one. Affluent Lebanese households are quick to enlist the capabilities of seasoned chefs like Maroun Chedid when hosting a dinner party in their abodes, but I doubt these occasions lend themselves to an intimate and enlightening interaction between host and chef. It's more in the spirit of catering than it is of home-cooking.

Bibayti was established by Lebanese foodie entrepreneurs Jean Fares and Fadi Kharrat, and they’re looking to shake up the Lebanese in-home hospitality scene with something new and highly compelling. Of note, there is a newbie competitor in town, ChefXChange, which was cofounded in March 2014 by Lebanese-born Karl Naim and his MBA-classmate Marc Washington. ChefXChange has spread its wings in London and Dubai and is already setting up shop in a slew of other cities worldwide.

For those of you who consider yourselves gourmands and epicures, you’ll definitely want to be an early mover and bask in the bounty of Bibayti. After all, the best journey takes you home, and that is exactly where Bibayti leads you. 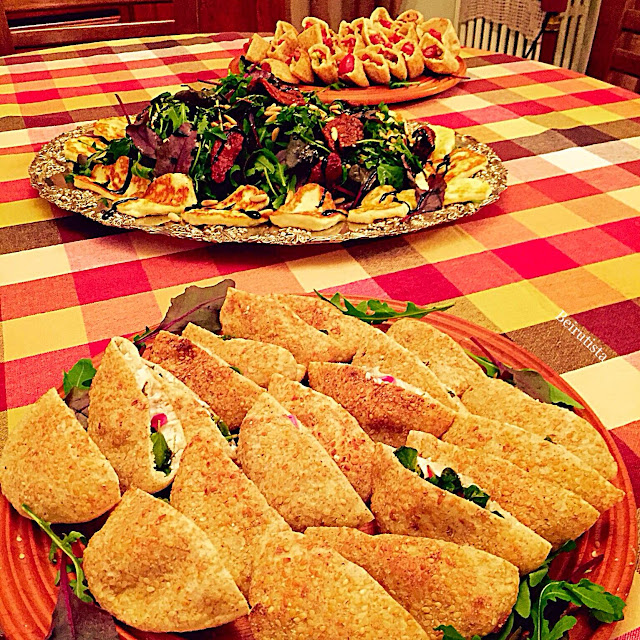