December 31, 2018
In a matter of a few short days, our feeds are going to flood with lofty New Year’s resolutions. It’s as if folks are waiting for a bell to sound to get on their marks, get set, and go. Let’s be real: every day is an invitation to identify personal weaknesses and work to either reverse, overcome or obliterate them.

And that is the approach I adopted over the course of this past year, which witnessed major changes in my life. I abandoned a fast-paced corporate job at an Alpha bank in pursuit of full-time, unassisted motherhood. That in and of itself was a milestone decision, one that has thrown unfathomable challenges in my path. I find myself constantly stretched thin as I juggle raising a toddler, managing a household, and tending to independent projects, all while trying to remain sane and look decent. 2018 has seen a fierce warrior emerge in me, and here’s what I learned along the way.

Social media can be a massive cloud of hot air. Heard of the millennial condition FOMO? “Fear of Missing Out” has been propagated by the virtual reality of social media. You have access to content, whether real or feigned, crafted by crafty accounts who want more followers. In essence, you’re barraged by heightened existences that often don’t exist. I recently read that so-called influencers are faking sponsored content in the interest of looking important. That’s right: they’ll hashtag a post as #ad or tag brands to insinuate a collaboration, when in fact, there’s nil going on. It’s happening in Lebanon and throughout the world.

Don’t measure your self-worth by the number of followers, likes, or shares you amass. I’ve been hovering at 7,500 followers for a good year and half now. The algorithmic dynamics of Instagram have altered markedly, and no doubt it’s arduous attracting new members to your posse. Who cares? It’s your own personal gallery. Keep putting out what makes you you, and the subscribers gleaning value will stick around. That’s what counts.

Few people are genuine. Many have ulterior motives. Many don’t know the meaning of loyalty. I’ve seen one account go from being the ambassador of a toy shop to that of the competitor. I’ve observed in horror as foodie accounts post sponsored content related to automobiles and furniture. I’ve watched fashionistas jet-set with air carriers to promote travel and tourism. It’s a mess out there, and it’s not about what you know, it’s about who you know. PR agencies hardly understand how to appraise value, and they rarely promote your interest. To them, the bottom line is your mass following. They don’t care about longevity, relevance, or expertise.

Some argue that blogging is dead. No one wants to read prose or essays or detailed reviews anymore. People prefer to scroll mindlessly through photos and glance over the captions. I wouldn’t be surprised if our collective intelligence were taking a beating in the process.

If you got into blogging for the right reasons – you love to write, you’re passionate about certain topics, you aim to interact with like-minded individuals – there will always be a readership hanging on to your every word. Books didn’t die out with the emergence of the digital age. As long as there is a thirst for knowledge, there will be forums where truths are arbitrated.

The corporate world is entrenched in its own vices. Now that I’ve stepped away from banking and an 8 to 5 job, I realize how toxic it was not only on my health and well-being but on my creative proclivities. Corporations tend to be reactionary, and you have to conform to their rules and regulations. You labor to please your superiors, whether you approve of their doings or not. And the ensuing appreciation received for the effort exerted is nowhere near proportional. Did I mention being strapped to a swivel chair for a good third of your day? It’s debilitating.

I’ve always been a proponent of personal freedom and self-sufficiency, and though being your own boss may not at first land you a steady stream of income, you do gain peace of mind. Gone are those days where I’d sweat over a miserly pay raise or a bonus that remained static year in and year out. By the same token, I’ve learned that you shouldn’t measure the quality of your life by your income. It’s all about health and happiness.

Parenthood is the toughest job you can ever sign up for. If adults fathomed a priori just how demanding and exhausting rearing a child can be, I’m convinced we as a society would self-annihilate. As a mother to a one-year-old toddler, I’ve never slept less, even when I was a graduate student in MIT’s grueling mechanical engineering department. I’m active all the time. I rarely sit down, unless my son is napping (as is the case now). I strive to nurture him with healthy food, educational activities, and new experiences. That leaves little personal time to entertain my own fancies or just do something on the fly. These days, I plan every outing, every event, and every trivial task in advance.

I raised quite a few brows with my departure from the corporate world. My argument is, why can’t we invest in our family lives the way we do our professional livelihoods? After all is said and done, are you really going to look back on your life and wish you'd punched in more hours at the office?

Life is cheap. This year, I was devastated by three calamities. My cousin passed away at the tender age of 33, succumbing to a rare form of cancer and leaving behind two children under three years of age. I contemplate her absence daily and wonder how her children will fare as they grow older. Life isn’t fair, and one thing’s absolute: it’s fleeting. You never know when your own thread will snap.

Anthony Bourdain’s suicide continues to haunt me. For years, if you had asked me who I admired in the field of food writing, it was unequivocally Bourdain. The man was brilliant, humane, humble, and audacious. If my own writing reflects a certain technical, objective angle, it’s because I endeavor to emulate him.

More recently, local British radio host Gavin Ford was found dead in his home, and that shook me up considerably. I knew Gavin on a first-name basis. We would bump into each other at social events, and he incessantly made it a point to greet me and chitchat. The man was courteous, compassionate, and fond of the Lebanese. How anyone could be so cruel and callous as to willfully take away his life jades me.

2018 is history. Here’s to 2019 – may it be filled with the fulfillment of dreams, unshakable strength of character, and sound health. Thanks for reading! 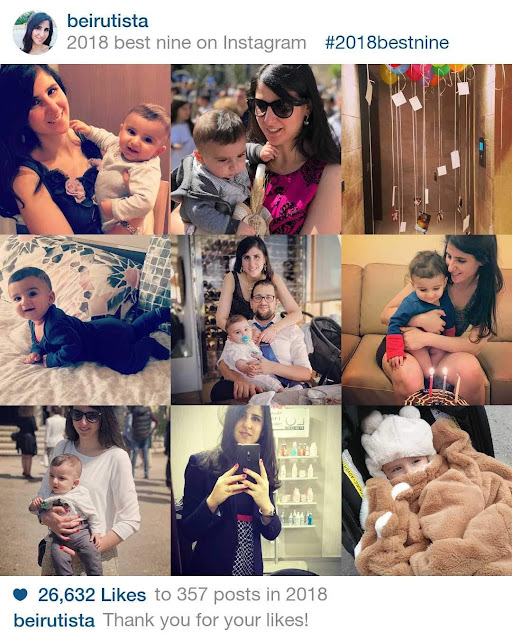