Lebanon Blowing Up (From Weight, Not War)

August 18, 2012
Lebanon used to be the land of enviably slim figures. Slenderness was not an ideal, but a natural state of being, and the Lebanese lifestyle promoted it. Today, with the surge in fast food options, the prevalence of junk food, and easy deliveries, being overweight is not uncommon--in fact, it seems it's become the new status quo.

A few days ago, I went for a swim at a residential beach complex just north of Beirut. I found myself stopping to stare at nearly every child passing by my chaise longue. Kids were hobbling about, their inflated thighs chafing against each other, their bellies spilling out of their swimsuits, their feet swollen under the straps of their flip flops. I feared their pride would take a dive next to their skinny peers. Not so. They were strangely undeterred. Their mothers ran after them, coaxing them with greasy crepes, candy bars, peanut-flavored chips (quelle horreur!) and soda. I was puzzled. Had blubber become the new symbol of status? A social marker, perhaps, of affluence and the ability to have it all?

Behind me, I could hear a group of women signaling a waiter (yes, these resorts have bus boys at your beck and call). They were asking for a second round of Almaza Light, a new local beer featuring 1/3 fewer calories than the original (that's 100 cal rather than 150 cal, mind you). The waiter apologized that the restaurant had run out, but would the standard Almaza do? After some humphing, they acquiesced. "And bring more peanuts!" they hollered after him.

I turned around to see who these frivolous women were--calorie counting when you're boozing? And on your second run? They were whales, and their swimsuits did nothing to hide it. Humility (or rather, self-consciousness) would have dictated they throw on a towel or two. But shame they were short on.

Bizarrely, the Lebanese have accepted the more portly look. The snack shops continue to proliferate. Hot dog stands and Dunkin Donuts have become as permanent as the Mediterranean humidity. Even Marble Slab Creamery and Fuddruckers have made it to the shores of Lebanon. Shake Shack, IHOP, and The Cheesecake Factory are on the way, promising new sources of high-calorie gluttony.

It's true that diet centers have become as uniquitous as food venues, but subscription to one is--surprise!--merely an indication of opulence. A decade ago, people would have scorned the idea of paying a pretty penny to hear that bread and fritters are the cause of the bulge. Today Lebanon can't seem to employ enough dieticians.

The only thing we need now are Big & Tall clothing outlets. Franchisees, anyone? 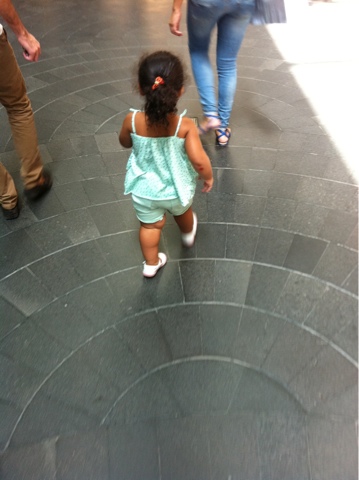