Last Saturday morning, I mailed a letter to Geneva, Switzerland, through LibanPost's standard mail. It cost me 5,000LL. The addressee informed me this morning that she received the letter, which means that the delivery time was a mere four days (three, if you don't count Sunday)!

I am extremely impressed. That's about as fast as domestic parcel services in the US! Now if only Lebanon streamlined every one of its infrastructure, where would we be... 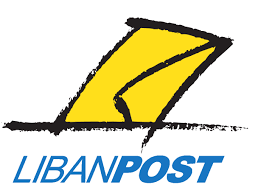 I haven't sampled a finer cookie east of the Mississippi, far to the east that is...

The decadent double chocolate with morsels of walnut is baked to the threshold of crisp: as you attempt to break off a piece, it gently gives. Dunk it in American coffee, and you've recreated paradise. The oatmeal-cinnamon cookie with sultana raisins is equally divine yet softer and less dense. 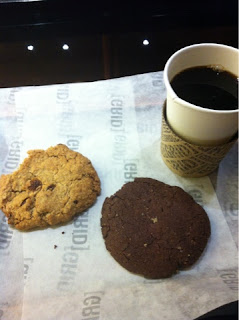 I know I'd bashed quinoa, or as I prefer to put it, the hype over quinoa, in one of my earlier posts, but the salad at Lina's Cafe has since changed my mind. The supergrain may feel light, even when mixed with garden veggies and chunks of tuna and smothered in lemon mustard dressing, but you'll really feel it set in an hour later. 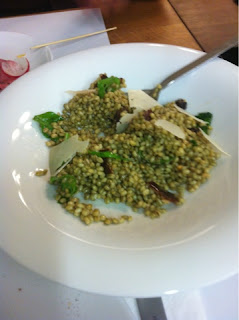 Actually these five-grain cereal snacks are nothing to shout home about (the fillings reek of artificial flavors), but the description on the package (as well as on their website) will make you burst out in laughter. The snack promises to "allow plunging into pacification and comfort atmosphere" as well as promote "natural endorphin 'a happiness hormone.'" Maybe their slogan should be "Say no to drugs. Say yes to Crispy Crunchies."


I found these at last week's Horeca expo and am wondering which supermarkets in Lebanon carry them. 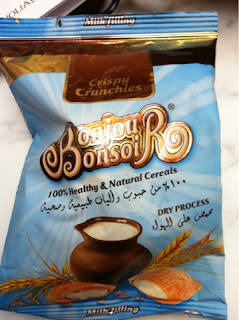 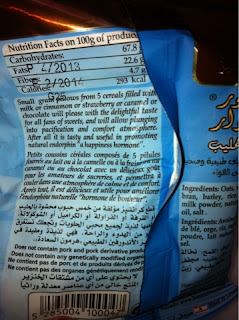 This poster is so true and so adorable! Thanks, Tantoun :) 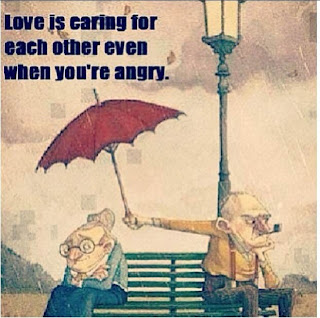