February 25, 2015
The other day, I stumbled upon a self-narrative by a 25-year-old Lebanese-American raised in Pittsburgh, Pennsylvania. Krista Abboud was born to Lebanese immigrants who met on American soil, each having left Lebanon for diverse reasons. Abboud elaborates on her affinity for all things Lebanese, having spent many childhood summers in Lebanon, attending Maronite conferences in the US to unite with other Lebanese-Americans, eating traditional Lebanese cuisine, speaking Arabic, and more. Understandably, growing up, it was difficult to reconcile her heritage with the American culture surrounding her—the inability to date boys or to sleep over at friends’ homes proved hard to explain to peers.

A few years ago, I authored a series on Beirutista called “Caught in Between” where I delved into the very topics that Abboud speaks of. You can read them here: Part I, Part II, Part III, and Part IV. (I confess, Part V and possibly VI are long overdue—look for them in the upcoming month.)

However, my story is in fact quite different than hers, in that I never ruled out Lebanon as unlivable for me. Abboud says:

I spent 3 and 1/2 months in Lebanon to test out if I could ever live there full time. The answer is probably not. Spending that much time away showed me how much I appreciate America and where I was born and raised. Lebanon is a beautiful place, but there is a reason everyone from my family came to America.

I am of a totally different strain, but perhaps it stems from the fact that unlike Abboud’s mother, whose parents dispatched her to the USA along with her brother to pursue higher education and who seemingly elected to remain there even after having completed her studies, my mother married to the USA after being degreed and employed in Beirut.

While my mother, of her own volition, chose to marry my father and willingly braved westward to create a life with him in Southern California, she found everything about American living so alien and so far removed from her own upbringing that she perpetually dreamt of moving us all back to the motherland. She was living and breathing a Lebanese reality disparate from the American theater she found herself in. Her inability to adjust and assimilate no doubt affected the degree to which we were “Lebanized,” if I may be so forward as to coin that term.

From before I can remember, I was swept up into that mentality. Lebanon was our ultimate destiny, and the USA an incubator until we could assure a return “home.” In the interim, we would focus on our studies and exploit the unrivaled academic opportunities that could be had nowhere else in the world. In the interim, we would speak Arabic at home, eat home-cooked Lebanese food, tote pita-bread sandwiches to school, jet-set to Lebanon during summers, attend Maronite mass on Sundays, and mingle with fellow Lebanese after church or on home visits. We became more Lebanese than the purebreds who know no other country besides Lebanon.

Which explains why the three of us—my brothers and myself—applied to the American University of Beirut. All three of us were awarded full merit scholarships to pursue our undergraduate careers in Lebanon. But for one reason or another, we ended up back in the USA for college. Fine—we could simply defer our dream of taking up residence in the motherland until after college, right?

Well, my older brother Andre obtained an MS in structural engineering from UCLA in 2006, a mere month before war broke out in Lebanon. He tacitly rejected a move back to Lebanon for issues of stability and security. In later years, he’d attempt to apply to a top engineering bureau in Beirut, but the offered pay was despicably low.

I however didn't relinquish my devotion to Lebanon. I persisted brazenly, in the face of resistance, until I was able to land a respectable job in Beirut, mesh with mainstream society while preserving my own individuality, and make a life for myself.

And I’m happy. Sincerely happy. You see, it has nothing to do with rejecting one culture in favor of the other. It doesn't have to be so independent and mutually exclusive. Living in Lebanon has rendered me appreciative of my roots, and by roots, I’m referring to my birthplace and running grounds in sunny SoCal. I can never deny the two decades plus some that I spent in the self-professed Land of Opportunity, nor will I regret them.

They've forged me into the self-aware lady I am today. They've equipped me with an extremely powerful multicultural lens that allows me to put myself in either set of shoes—American or Lebanese—and empathize with the point of view being treated. 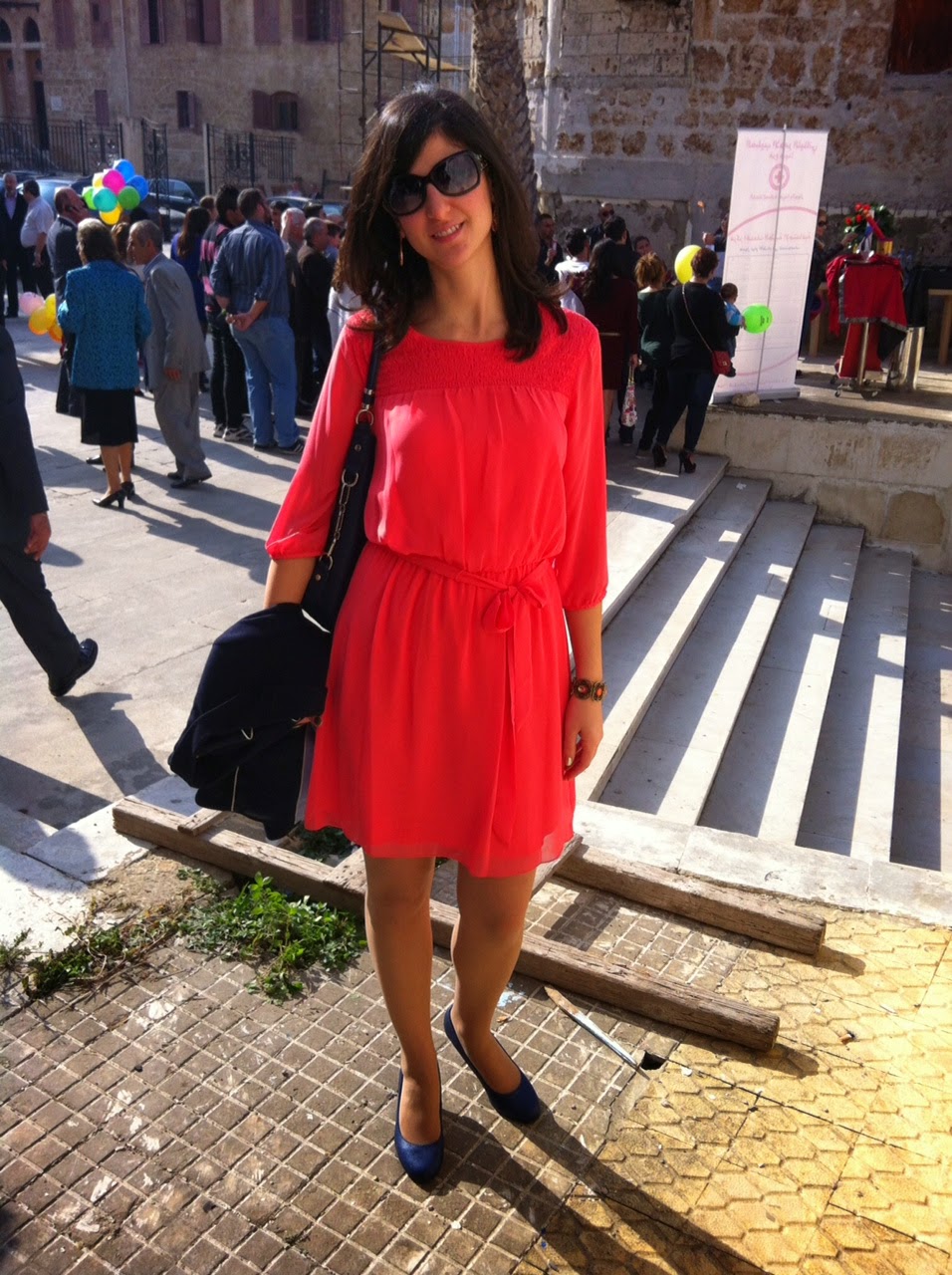 At length, I've discovered that I can live here or there rather readily, and that that decision and the happiness riding on it are all in the head. You can choose to co-exist in body and mind where you are geographically and make the most of it. Or you could do as my mother did: subsist in one place, and dream of another, a distant reality constructed by the irretrievable past and the rosy-tinted glasses of nostalgia.

But I promise you, you will suffer immeasurably.
memoir views