August 04, 2017
I wasn’t planning on writing this piece. I generally shy away from personal announcements, from birthday parties to work anniversaries. We have Facebook and LinkedIn for that, right?

But it's a special year, and I'll make an exception.

This past July, Beirutista turned five. That is, in 2012, after months of reading and avidly exploring Lebanon’s blogosphere, from veterans like Gino’s Blog, Plus 961, and Blog Baladi to then recently launched No Garlic No Onions, I was excited to make my own foray into the online writing world. There was a deluge of adventures I wished to document and divulge, as well a pressing desire to channel my creativity through the written word.

And thus Beirutista was born. Like a barista, I aimed to serve – from tidbits about my adopted life in Lebanon to spotlights on food artisans and activists. At first, Beirutista took on a more philosophical slant, qualifying my recent settlement in my ancestral home and how I’d gotten there. I even authored a four-part series, yet unfinished, on how I felt eternally suspended between two cultures.

My readership grew to stretch beyond the borders of Beirut, bridging North America, Europe, and the Arab states – anywhere the Lebanese diaspora thrived. It seemed my observations resonated deeply with the expat population I’d once partaken in, and the blog was a geyser of nostalgia for the beauty that exists in Lebanon, often best told by an outsider.

As I acclimated to my surroundings and assimilated into working society, the blog became less philosophical and more practical, morphing into a guide to Beirut’s best restaurant deals and memorable dining experiences. In the autumn of 2013, I was picked up by online social magazine Beirut.com to head their food and drink column after the editor-in-chief noted my savvy on the Lebanese restaurant sphere and cunning pricing schemes.

I’ve always been a scientific thinker, organizing my arguments in a structured fashion and supporting claims with concrete details and commentary, just as I’d learned in high school freshman literature. I shun overly subjective remarks and instead strive to describe, as illustratively as possible, quotidian encounters and rare revelations.

I like to think this is what made Beirutista take off, gaining local and international praise for articulate prose, detailed observations, and positive tone.


Indulge me a minute to toot my own horn! To date, I’ve been hosted on television four times. I’ve appeared in newspapers and magazines. I ranked 8th in an international bloggers abroad competition and 5th in Feedspot’s Top 10 Lebanese Food Blogs. I was selected as a regional expert on an insider’s guide to the world’s best pizzerias, spearheaded by an acclaimed food critic in London. I served as food and drink editor at Beirut.com for nearly a year and half. And I continue to enjoy my role as Brand Ambassador at Wesley’s Wholesale, a microcosm of the American shopping experience in Lebanon.

A lot has changed since the blog first debuted in July 2012. I’ve since become engaged then married. In a few months’ time, I’ll be delivering the first of the Beirutista posterity, who’ll likely consume every waking (and sleeping!) hour and affect my prolific writing status. You’ve been warned!

Beirutista has also thrust me to shores I never would have dreamt of otherwise, from press trips to the recesses of Greece, to interviews with Michelin-starred chefs. Along the way, I’ve been blessed with the friendship of several restaurateurs, some of whom today I informally offer suggestions to in the capacity of a confidant.

Most importantly, I’ve had the rare privilege of meeting all of you on the other side of this screen, those who choose to chime in and those who prefer to remain silent. You are the impetus that keeps my quill dunked in ink. You are the reason I continue to compose and create, even when time is my greatest liability.

I hope I’ve enriched your leisure as much as you’ve inspired and engaged mine. As long as there are stories to tell and adventures to be had, you’ll find me here, in this little bit of digital real estate, where the fragments of my mind make their worldly beginnings. 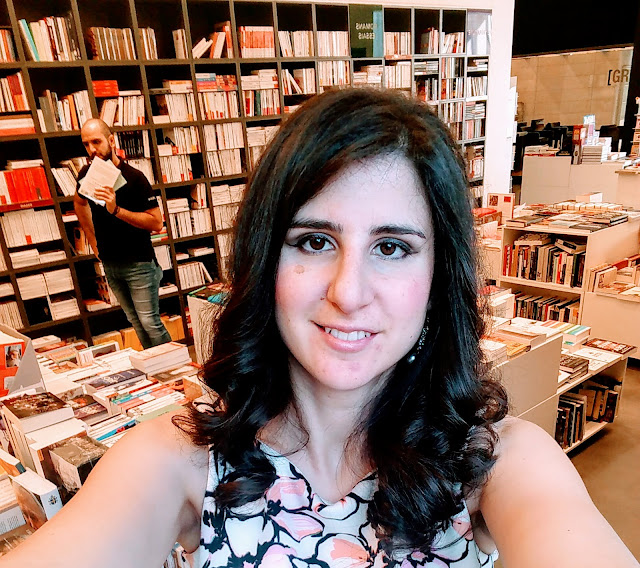